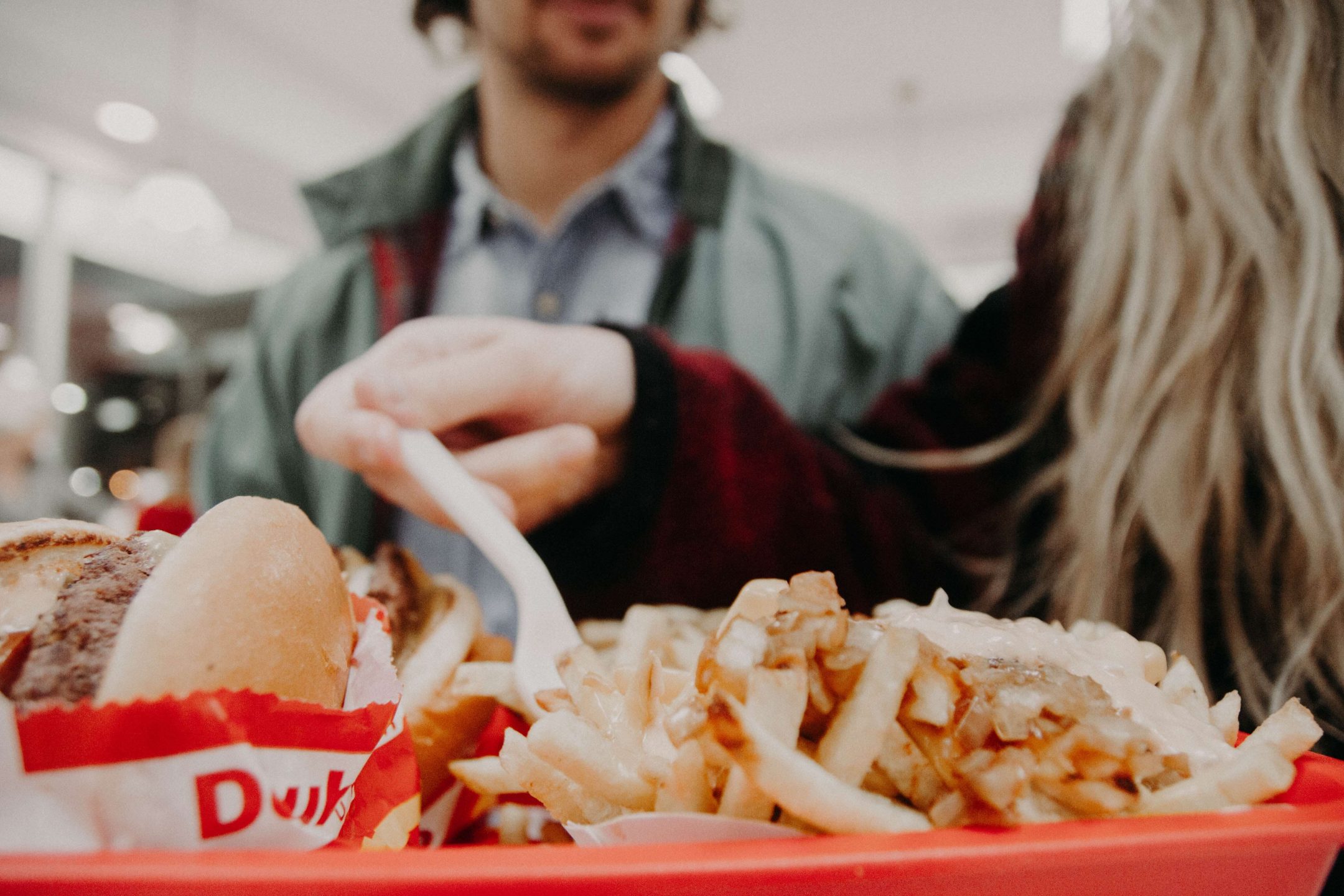 Book Review: The Lives of Animals by J.M. Coetzee

Changing your diet is hard, especially when it comes to meat. But people are doing it, some more successfully than others. What gets people to eat less meat?

It’s not enough to tell people that their choice to eat meat is harming the planet. Across the board, the number of people that cut meat out of there diets only to start eating it again later is high—too high. As many as five in six Americans try and fail to stop eating meat, according to the Humane Research Council.

Research shows that the best way to have a lasting effect on consumer behavior is to attack the point of normalcy. What does that mean? Well, for more than 300 million Americans, it is still normal to eat meat. We have to change that.

The difference between less meat and no meat is huge. Many credit the struggle to go totally meatless to the social and cultural norms around what it means to eat meat. For many consumers, meat is not a product of factory farms. It’s a good source of protein. Meat is not dead animal flesh. It’s a delicacy. It’s not destroying the planet—it’s a treat.

Here’s one example. People eat less meat when they’re served less meat. It sounds overly simplified, but it’s true. When people are consistently served smaller portions of meat in both controlled settings and restaurant-grade scenarios, over time they decrease their meat consumption.

This means two very important assumptions were right. First, that we are not entirely in control of how much meat we eat. The perceived benefits of eating meat in one circumstance change our attitudes towards more meat another time. Second, that we see through the cultural and social norms to the truth—that eating meat is not normal and that we would benefit greatly from eating less.

According to a report published by the Natural Resource Defense Council in 2017, Americans really did (surprise) eat 19% less beef from 2005 to 2014. Pork and chicken consumption fell as well, but dairy did not. Americans ate more cheese and butter while eating less meat.

The decade-long trend, which the New York Times reports is based on USDA data gathered using EPA methodology, shows that it is in fact quite hard to cut out all animal products entirely, but meat on its own goes quite quickly.

However, the council did not ask Americans the all-important question: why are you eating differently? Cheeseburgers did not suddenly become unappealing to millions of Americans.

The New York Times cites a Mintel survey covering a portion around the same time that show three distinct, albeit inconclusive, reasons people were eating less beef. According to Mintel, 37% of consumers surveyed said that price was the primary reason why they made the switch. Another 35% said they had moved to chicken and tofu for their protein and said they moved away from beef because of health concerns.

In 2007, America’s consumption of all meats—beef, pork, chicken, turkey, veal—peaked. For the next five years, U.S. meat consumption fell from 55 billion pounds in 2007 to 52 billion in 2012, the lowest levels in more than a decade, according to the Earth Policy Institute.

Last year, Americans ate more meat per capita than any year on record. That’s a plate stacked high with 222 pounds of meat per person, according to projections from the USDA, which breaks the record set in 2004 (believed to be “peak meat”) at 184 pounds.

What gets people to eat less meat?

Now that everything’s back to “normal” and Americans are eating more meat than ever, it goes to show how hard it is to change your diet. But people are doing it, right in the face of 300-million-plus meat eaters.

It’s not just Americans. People around the world are eating less meat. One-third British people say they are eating less or no meat. Australia is the most popular country for vegans two years running. It’s also the third fastest growing market for vegan products.

More and more people are choosing to eat less meat and it shows in vegan friendly cities like Bristol, Portland, and Melbourne, where there are more people out to the next best meatless meal than ever.

But there’s more to the plant-based food revolution than meats the eye. The latest data on how many vegetarians and vegans there are in the U.S. shows that the total number of committed non-meat-eaters has stayed relatively the same, hovering around 1%. The percentage of vegetarians and vegans hasn’t changed much in the UK over the past 25 years either.

All the while, the plant-based food market is growing quickly. More people may not be cutting meat out of their diets entirely, but a growing number of people are eating less meat. There’s a method to their plant-based madness, according to a study published in Lancet Planetary Health and brilliantly summarized in more depth here by the team at Faunalytics.

People eat less meat when they’re served less meat. Simple, right? Picture a steak that weighs three-quarters of a pound. Then picture a medallion-shaped fillet. People served each in different contexts were just as likely to say they were full. Enough is enough, and for most of us, less meat is more than enough.

Food for thought. How do we encourage restaurants, cafeterias, and home cooks to serve smaller portions of meat? With a growing meat supply (the national herd will add 180,000 cows this year, with at least an additional 100,000 cows added by 2020, according to USDA forecasts), this will require action on the consumer level.

When people are offered a meat-free alternative, they’re more likely not to eat meat. The rise of plant-based foods around the world is perfect evidence of this. People have more opportunities to eat meat-free today than ever before. The important part is that it sticks. Over time, the more people choose meat alternatives over real meat, the more likely they are to eat less meat across the board.

How about this. Stock meat alternatives at the meat counter in grocery stores. Label them vegan and make sure to stock a healthy portion of the same thing wherever tofu and other plant-based proteins are sold. As important as it is to meet meat-eater we’re they’re at, it’s equally important to make plant-based foods access to those who won’t go within 10 feet of the meat counter. By the way, this isn’t so far off. JUST Eggs are already being stocked in the eggs and dairy department and outsold the “real” thing in their first week on shelves.

3. Put pictures of animals (not kinds of meat) on the menu

This one comes with a bit of a headache. There’s research out there that says if you put pictures of a pig’s head on a pound of bacon, people are more likely to choose a meat alternative. At the same time, labeling a package of bacon “pig” instead of “bacon” does not have an effect on consumer behavior.

What’s next? The debate over what to call cell-based meat is just getting started. Is it meat? And more importantly, who gets to decide? Consumers don’t have the final say of the names big food companies give the things they eat. But what they decide to call “fake” meat on product labels will play an unfathomably large role in the future of meat.

In dining halls on college campuses, students chose the meat-free option more readily if it was presented front-and-center with more popular meat options. Calling menu item that with substitutes “meat” instead of assuming that meat was the “standard” or “regular” order made a difference, too.

The problem with nomenclature. What we call somethings should not be different than what it is. But when we’re talking about food, there’s a lot more that goes in to. Literally, unless you’re vegan or monitoring an ongoing health condition, the label is not something you look at frequently. This may have to change in the near future, especially as competition in the food tech space heats up.

This is at the center of the argument for animal rights. Killing is not normal anywhere in the world. Then why do we justify the deaths of approximately one trillion animals every year just so we can eat? If you find someone up for a fight, they might fire something back like, “But we’re the top of the food chain. Animals have eaten animals for thousands of years. In fact, carnism got us here. Meat helped us stay alive and provided humans with the necessary protein to build bigger brains.”

Here’s how it’s going to work. The longer we pretend that being on top of the food chain makes us invincible to the problems of the world, the more damage we’ll do to it—and ourselves. Even if we aren’t all ready to accept that responsibility, those that are ready need to put forward an argument that is based on existing cultural norms, not recently erected tenants of ecological responsibility.