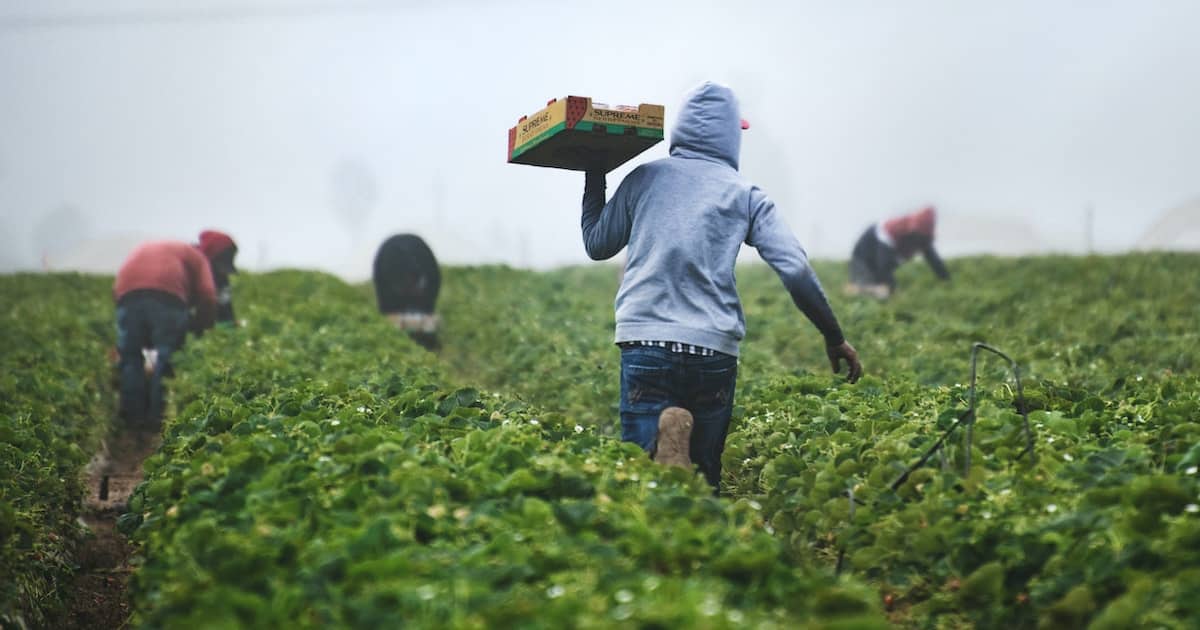 We must act now to protect the planet from rising temperatures and environmental destruction. The crisis we face will bring about systemic change eventually, once the continued exploitation and degradation of the planet ceases to turn a profit, but that change will be too late. We must act now to begin creating systems that prioritize the health of communities and the planet, to protect ourselves and future generations. One framework for change that seeks to accomplish this goal is just transition. Just transition aims to empower and protect frontline workers and those most exposed to harm by prioritizing their needs during the transition away from an exploitative economy.

What Is Meant by Just Transition?

Discussion of just transition emerged from the recognition that the transition from extractive to regenerative power and economics must consider not just the environment, but also social justice and poverty. It describes the shift from our current economic and social structures to one in which all jobs are green and climate-friendly, poverty is eradicated, and communities are able to thrive. In order for this to be accomplished, workers, governments, and employers must all have a voice and role in the transition process.

Where Did Just Transition Come From?

The ideas behind the just transition framework were originated by labor unions and environmental justice groups that recognized that many industries were simultaneously harming workers, communities, and the environment, and sought to encourage a shift. These organizations saw the need to transition workers into other careers that were more environmentally stable and to establish systems of governance and economics that allowed for an equitable future.

Who Coined the Phrase Just Transition?

The term “just transition” is widely thought to have been coined by Tony Mazzocchi, a U.S. labor, and environmental activist, while campaigning for a superfund that would provide reimbursement to workers who were exposed to toxic chemicals during their careers. In response to feedback that the term “superfund” carried too many negative connotations, the initiative’s name was changed to “Just Transition.” The framework developed from there.

Why Is Just Transition Important?

The framework for a just transition is important because it demands that human rights and social justice be considered during the inevitable shift away from an extraction economy. This shift is unavoidable due to the unsustainable extraction of planetary resources, happening at a speed that outstrips Earth’s regenerative capacity. The present, dominant global economic system has allowed for the accumulation of the majority of wealth into the hands of just a few, environmental degradation, and the theft of land, among many other atrocities contrary to human and environmental justice. Though the transition away from this extractive economy may ultimately come from desperation and dwindling natural and social resources, it still provides the opportunity to create a new system that prioritizes the environment and communities and allows workers to have greater control over the fruits of their labor.

What Are the Just Transition Principles?

As a key principle, buen vivir represents the idea that people everywhere should be able to enjoy a high quality of life without compromising or taking advantage of the lives of other people. Every individual, regardless of their sexual orientation, ethnic or racial background, immigration status, gender expression, ability, or nationality has fundamental human rights that include access to clean and healthy water, air, land, and food as well as education and shelter. Further, the rights of collectives and nature supersede the rights of individuals.

The principle of meaningful work signals the belief that meaningful work is life-affirming. To this end, a just transition centers the development of human potential and fosters opportunities for growth and exploration.

Equitable Redistribution of Resources and Power

Harkening back to the principle of buen vivir, this principle demands that systems be created that are good for all people rather than catering to the desires of a few elites. Further, just transition must work toward repairing the damage that has already been done through systemic oppression.

Another principle of just transition encompasses the advancement of ecological resilience, reduction of resource consumption, replacement of extractive economies, and a restoration of biodiversity and traditional ways of life. This is possible through the creation and nurturing of local food systems, local clean energy, and small-scale production.

Just transition recognizes the need for inclusive spaces where all cultures and traditions are welcome, as well as the integral role that differences in culture and tradition play in creating a healthy and vibrant economy.

Just transition calls for solidarity across borders and within communities—locally, regionally, nationally, and globally—through the confrontation of imperialism and militarism.

Build What We Need Now

Change may start at a small, local scale before expanding to replace larger extractive systems. We can use the skills and abilities we have to support and foster just transition in our communities.

What Are the Three R’s of Just Transition?

The three R’s of the just transition framework are resist, rethink, and restructure. These three words are key to just transition. In order to accomplish the end goal of creating an economic system that allows for mutual growth and progress without destroying nature and the environment, communities must resist the present extractive economic system, rethink that structure and how to implement a better one, and then work on restructuring their systems to support just transition.

What Is an Example of Just Transition?

Just transition is being applied in situations around the world. In Poland, for example, 75 percent of jobs in the coal mining sector were lost in less than two decades. By working collaboratively, unions and the government were able to introduce a Mining Social Package that included retraining and financial support that helped miners transition into other industries. This response also prevented social unrest due to the layoffs.

Agriculture, and especially animal agriculture, contributes heavily to climate change. The industry is also one of those most vulnerable to climate change, due to the impact that natural disasters such as floods, fires, and storms can have on animals and crops alike. Despite this, agriculture is not often discussed when it comes to just transition principles. Applying a just transition approach to agriculture is necessary to reduce the negative environmental impacts of the industry while protecting farms, farmers, and their communities. Such a transition would include a return to small-scale, localized agriculture, a reduction in the consumption of animal products due to their disproportionately negative impact on the environment, a safety net for farmers as they transition to the new systems, and a greater focus on reducing food waste. In alignment with just transition, these steps must be taken by farmers and workers themselves and not just imposed by governments if they are to effectively change the way that agriculture is run as an industrialized system, and how it interacts with the environment and workers.

How Do You Get Just Transitions?

Just transitions are only possible when there is active participation from employers, government, and workers. When these three bodies are working together in earnest toward common goals, they can construct solutions that protect both workers and nature. The solutions proposed must take into account social justice, environmental impacts, and the alleviation of poverty. The process of just transition must acknowledge that the frontline workers are capable of making decisions concerning their work, economy, and self-governance.

In response to a pressing need, there have been just transition success stories around the world in a variety of industries. The change sought by just transition does not need to start at the national level. Each of us is capable of starting to enact the framework in our own lives. Choosing to eat more plant-based foods that are grown by local farmers using organic methods is one way to reduce the environmental footprint of your food. If your career has a union, you can support collective action by joining and supporting their initiatives. Seeking opportunities to explore your interests and taking part in hobbies is another excellent way to enact the just transition principle of meaningful work, growth, and exploration. Each of us can sow the roots of change in our communities by doing what we love, creating community, and treating every person with the dignity and respect to which they have a right.