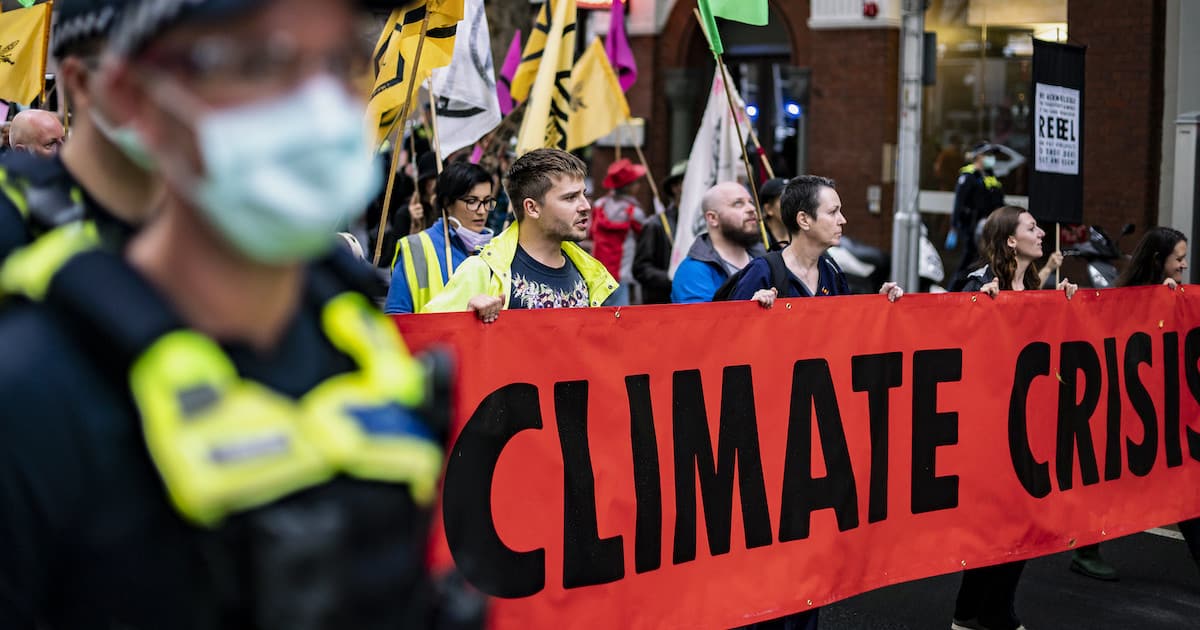 A student-led outreach campaign supported by the climate and animal justice group Animal Rebellion has mobilized hundreds of students at over 20 UK universities. The students are calling for their universities to drop animal products from their catering menus before the 2023-24 academic year.

Student activist Vaania Kapoor Achuthan, 19, from University College London says that in order to ensure a sustainable future, major institutions like colleges and universities have a responsibility to move “towards 100% just and sustainable plant-based catering.” Achuthan and other students argue that universities choosing to include animal products in their cafeterias not only illustrates complicity in the climate crisis, but also makes it more difficult for them to reach their sustainability goals.

Despite a 2006 United Nations report that found that animal agriculture emitted more greenhouse emissions than all of the transportation sector combined, progress mitigating the impact of animal agriculture on climate change has been slow, and the situation has grown more dire. Animal agriculture currently contributes at least 37 percent of all greenhouse gas emissions, although estimates vary, is responsible for 65 percent of anthropogenic nitrous oxide emissions, and is the leading cause of deforestation around the world. Livestock emissions also account for 32 percent of human-caused methane emissions, which account for 30 percent of global warming to date. The environmental justice group CimateNexus reports that greenhouse gasses could be cut in half by the adoption of a plant-based diet, which is why these students are lobbying their universities to drop meat from their menus.

Many universities have already begun to include sustainable development goals in their strategic goals. At the Universities in Berlin, many cafeterias have moved to majority-plant-based menus in order to reach their sustainability goals. In 2019, Berlin universities fed roughly 5.6 million meals to their students, and thus shifting to plant-based meals has the opportunity to have a large impact on the universities’ climate neutrality goals.

Since the campaign began in January, over 100 student activists across the UK have been actively organizing outreach and education events to inform students, faculty, and university management about the environmental cost of animal products. In addition to reaching over 500 individuals with their outreach campaigns, student advocates have been lobbying for policy changes that will hold their universities accountable to their sustainability goals.

While Animal Rebellion’s “Plant-Based Universities” campaign is in many ways an innovative campaign, joining alongside other social-justice driven divestment campaigns such as the Real Food Challenge, Fossil Free Campaign, and prison divestment campaigns seeking to mitigate the harmful effects of capitalism and the Anthropocene. Unlike campaigns such as the Real Food Challenge, which similarly is university-based, student-run, and food justice-oriented, Animal Rebellion’s campaign does more than just work to limit reliance on animal agriculture or substitute factory-farmed products for more ethical alternatives. Instead, students are asking their universities to divest from it completely in order to “secure a future, not only for their students, but for the rest of humanity, animals, and the planet.” This is especially important for universities not just because of the impact they as institutions have on the environment, but also because many universities are failing to even meet their short-term environmental sustainability goals.

Environmental issues have become mainstream talking points in the past few years, but institutions have failed to connect climate change with animal agriculture, despite hoards of evidence illustrating that the Western diet–notoriously heavy in meat and dairy–is one of the major causes for our current climate predicament. For example, at the 2021 United Nations Climate Change Conference where world leaders discussed deforestation, carbon trading, coal financing, and methane gas pollution, meat was on the menu. The tone-deafness of the decision to serve meat at the conference was reflected in the noticeable absence of the global food system’s environmental footprint in climate discussions. While governments have failed to implement climate solutions relating to animal agriculture, universities’ decisions to offer animal products in their catering menus similarly illustrate the failure of institutions to extend their concept of sustainability to what we eat.

However, in order to accomplish sustainability goals, universities don’t just need to drop animal products from their menus. They also need to listen when their students demand that their universities divest from fossil fuels, the prison-industrial complex, and other violent structures.

Animal Rebellion volunteer, Nathan McGovern, believes that animal liberation, environmental justice, and social justice are all integrally important for the just and sustainable future that the Plant-Based Universities campaign is fighting for.

Animal Rebellion offers students support like outreach training, social mobilization tactics training, and organizing and campaign blueprints for advocates. If interested, students can find more information about this campaign here and sign up with the campaign here.

Britain’s Most Iconic Animal Is Under Attack