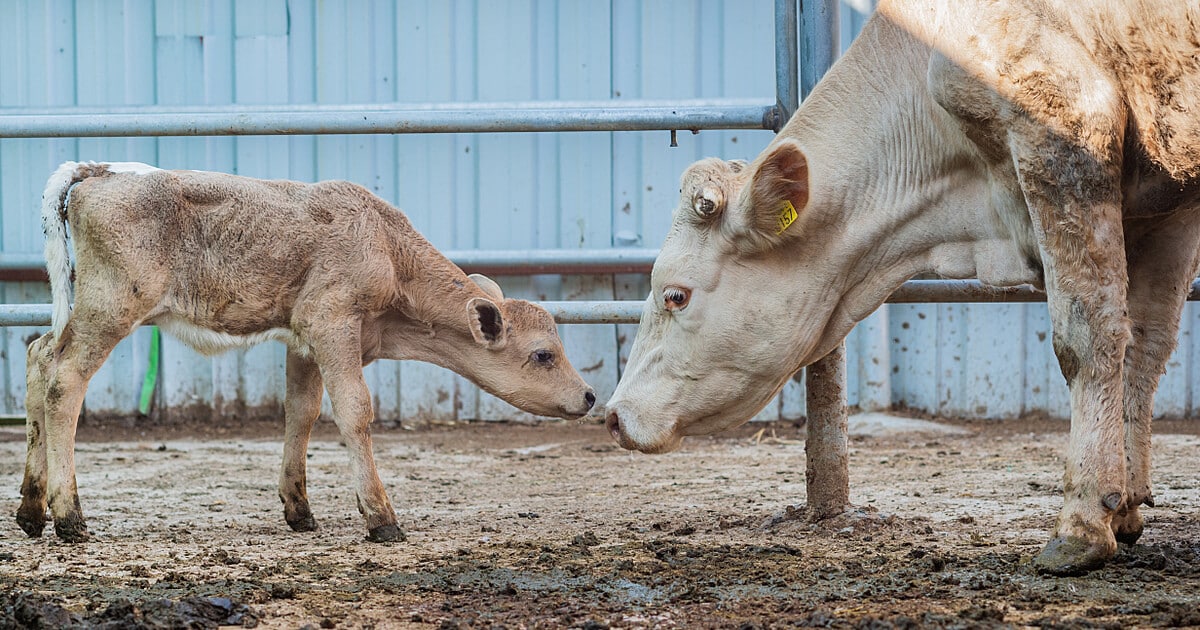 Animal protection stems from the belief that animals should not suffer needlessly and that people are capable of protecting them from pain as well as inflicting it. Though some animals enjoy fairly strong protections under the law—specifically cats, dogs, and other common companion species, there are still others—namely farmed animals—that enjoy none at all.

What Is Animal Protection?

“Animal protection” is commonly used interchangeably with “animal welfare,” which has multiple meanings. It can be used as a metric of judging an animal’s wellness, to refer to a social movement, or to refer to a belief system.

Animal welfare is frequently used by veterinary and animal care professionals as a way of judging and describing an animal’s wellness. Animals experiencing high welfare are comfortable, well-fed, healthy, safe, and able to express natural behaviors. Those experiencing lower levels of welfare are lacking one or more of these characteristics.

The animal welfare movement and belief in animal welfare are closely linked—the movement is naturally led by those that share the belief. Those that adhere most closely to a traditional animal welfare stance believe that animals should be treated as humanely as possible but that they can still ethically be used for human purposes such as for food. This form of animal welfare exists on a spectrum with animal rights. On the other end of the spectrum are abolitionists, who are likely to believe that any humane use of animals is wrong, including having pets. Between these two belief systems, there are numerous others that also grapple with animals and their place in society.

The animal welfare social movement is concerned with improving the welfare of animals. Examples include animal shelters that focus on rehoming community pets, and organizations that encourage adhering to Meatless Monday or reducing consumption of animal products instead of completely eliminating them.

What Are the Laws that Protect Animals?

Though there are a number of laws that protect animals in the United States, this legislation nevertheless fails to protect many particular species and animals used for certain purposes. The class of animals with the most protections are companion animals, especially dogs and cats, while animals used for agricultural purposes, such as cows and pigs, have little protection.

There are a handful of laws meant to protect animals at the federal level in the U.S. These laws apply across the country, including territories.

The 28 Hour Law requires, with exceptions, that farmed animals not be transported for more than 28 hours without being unloaded and provided the opportunity to eat, drink, and rest. The penalty for breaking the law is a fine of $100–500 per offense. The law was passed when most live animals were transported on trains and was fairly well enforced through the first half of the 20th century. However, since trucks have become the primary means of transportation for live animals the number of citations has dropped tremendously despite the likely frequent transport of farmed animals for over 28 hours without rest. This drop is likely due to a lack of monitoring and record-keeping requirements.

The Animal Welfare Act (AWA) is the most comprehensive animal protection law in the U.S. and is meant to protect animals in research, in exhibition (zoos, circuses, etc.), in transportation, and in dealers’ care. Among the standards the AWA sets are expectations for licensing, handling, and care. However, the law includes notable exceptions. Perhaps most obvious are the exceptions made to the definition of “animal” in the law. For the purposes of the AWA, rats and birds used for research, horses not used for research, and all farm animals are not “animals.”

Perhaps one of the most successful laws intended to protect animals, the Endangered Species Act aims to prevent wild animals from going extinct. In addition to protecting listed species from being killed and captured, the law also protects their critical habitats, without which the species likely wouldn’t survive. Despite 99 percent of listed species avoiding extinction, there are still concerns related to the efficacy of the ESA. One such concern is that only a fraction of species that should be listed actually enjoy the protection of the ESA. Another critique of the law is that a lack of funding leads to certain species receiving more thorough conservation efforts than others. The lack of funding coupled with consistent threats also leads to animals being listed for extended periods of time.

The Lacey Act makes it illegal to transport or trade any wildlife or plants that have been obtained in violation of any federal, state, indigenous, or international laws. The law also encompasses all parts of plants and animals taken in violation of laws and contains strict requirements for labeling during transit.

The PACT Act was passed in response to crush videos that depict the crushing of small animals for the pleasure of the viewer. The act bans both the creation and distribution of such videos. Though the law does not prevent the act itself, such cruelty is illegal at the state level.

The definition of an animal in Oklahoma includes all animal species aside from human beings. This means that the state’s definition is more comprehensive than that of federal law. However, the state also includes protection for animal facilities from the intentional infliction of damage on their business. This means that activists would not be able to release animals or do anything to facilities, property, or the animals housed on factory farms, in labs, or in any other industrial setting.

New Jersey defines “animal” as “every brute creation,” making the definition very broad. However, there are several exemptions that weaken animal protection including the state-sanctioned killing of animals, training dogs, hunting of game, and normal livestock operations. The law also protects farmers by preventing the citation and/or arrest of any person for their first minor or incidental violation of the law toward a farmed animal.

What Animals Are Protected by Law?

Companion animals are protected by cruelty statutes in every state. Each state’s law varies on sentencing requirements and guidelines pertaining to the violations, as well as the explicit cruelties covered. Most states name some combination of cruelty, torture, maiming, and/or neglect in their cruelty laws. At the local level, ordinances protecting animals can vary greatly, with some communities banning the sale of animals in pet stores or unsupervised tethering.

Though wildlife are often abused through killing contests and other cruel sports, they are still often protected under state cruelty laws. Further, rules surrounding hunting activities are generally strictly enforced, with most species only allowed to be killed during certain times of year. At the federal level, some species even enjoy extensive protections that prevent harm from being done to them as well as their habitats.

Unfortunately, although millions of animals suffer in factory farms in the U.S. every year, farm animals lack virtually any real protection under federal, state, and local laws. Activity considered “standard practice” in the industry is exempted from most animal protection laws. As is the case with the Animal Welfare Act, some legislation is even weaker, exempting farmed animals from protection all together.

How Can We Protect Animals?

One of the most powerful things an individual can do to prevent needless animal suffering is to eat more plant-based foods. These foods do not require that animal bodies be used in their production. Not only is eating plant-based better for the animals, but it also has fewer negative impacts on the environment than animal agriculture.

Animal cruelty can be difficult to identify. If it is suspected the best thing to do is typically to contact a local animal protection organization. This may be a local Humane Society or SPCA, or it could be a municipal facility. In order to be connected with the correct service to handle animal cruelty issues, contact 311 (if available in your area) or your local law enforcement body.

Another way to be more involved with combating animal cruelty is to volunteer with an animal protection organization. This could be with a local sanctuary or animal shelter, or even as an undercover investigator.

One of the best ways to combat animal fighting is to donate to animal protection organizations that investigate the rings and care for the victims. Helping an animal recover from a fighting situation can be a long and expensive process that requires large amounts of resources. By donating to these organizations you are able to contribute to the care of victims as well as the other animals in their care.

A number of local municipalities have already taken steps toward banning the sale of pets (usually dogs and cats) that have been bred at commercial facilities. Some states such as California and Maryland have also adopted such bans. Check out what you can do to jump-start this process in your own community.

And, of course, adopt your next furry family member from a responsible organization.

Jeremy Bentham wrote of animals, “the question is not, Can they reason? Nor, can they talk? But, can they suffer?” Bentham initially had these musings in a time of social and political upheaval when animals had fewer protections than they did now. Since then animals have been welcomed into millions of households as pets, and hundreds of research studies have been conducted demonstrating the astonishing abilities of dozens of different animals. We can now safely say that animals can reason, and while they may not talk with us using our languages, they are certainly capable of communication. The question must now become “why since animals can reason and communicate and suffer, have we still not taken steps to protect every animal from suffering?”