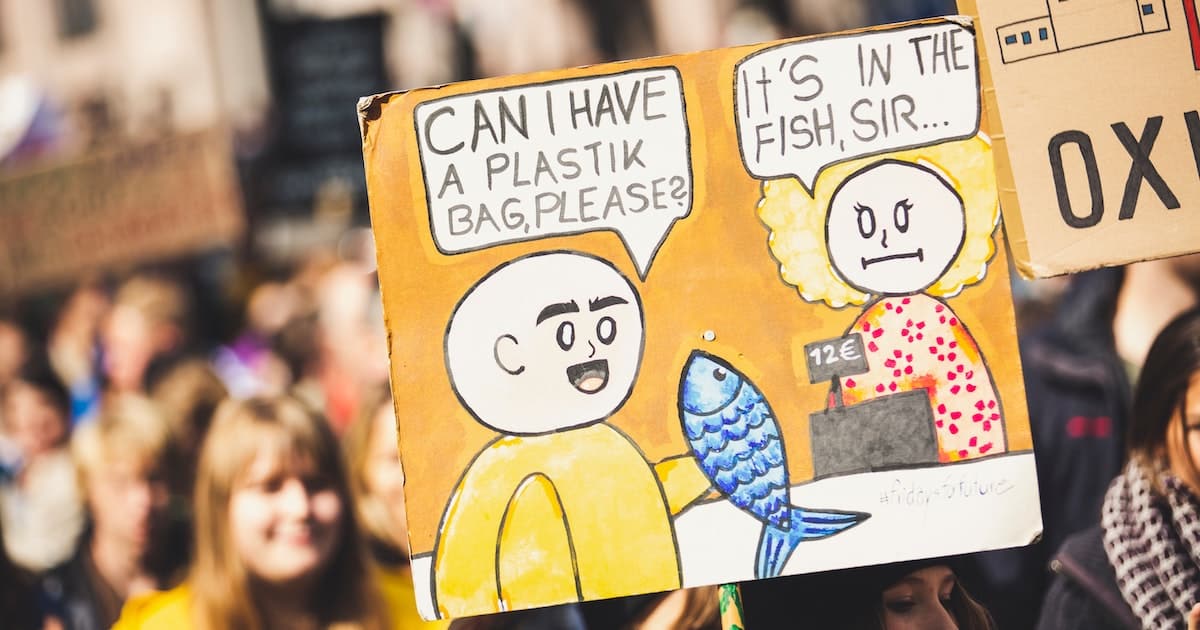 Extensive research has been conducted on how to best discuss climate change and we are breaking it down for you in five key strategies to keep handy the next time you engage in chats or the crafting of messages related to climate change. Many of these strategies connect back to basic communication principles such as following a two-way communication model. While these principles may seem basic, they are at the core of effective communication and therefore an important component of successful climate communication.

A powerful tool at your disposal is putting yourself in the audience’s shoes. What did you want to hear when you were first learning the grim details of the climate crisis? From there you can craft a narrative. Instead of spitting facts and charts at the audience, a story personalizes your message. DearTomorrow has inspired thousands to use their own personal stories to breakthrough to their loved ones in a meaningful way.

You must assume your audience is far removed from the hard science behind climate change. Headlines that contain jargon and confusing statements only add to their isolation. To make climate change matter to them you must make it relatable through your narrative.

What are the largest threats from climate change to your audience? Do their towns lie on the coast in danger of rising sea levels? Or do their backyards reek of pollution from factory farms so much so that their eyes are watering? These are issues that would bring urgency to your target audience and cause them to consider the direct impacts to their own lives and communities.

Let Their Voices Be Heard

Break the chain of the one-way sharing of knowledge that most scientists use when explaining revelations. Instead, listen to the opinions, fears, and hopes of others. In the end, being able to see both sides of the conversation will only increase your chances of a breakthrough.

Just as you would not want your ideas to be dismissed, don’t dismiss theirs, even if you believe they hold no validity. Whether you are working on crafting messages for a large corporation or you are an online activist, you want to format all of your messages in a way that invites response and conversation.

By allowing others to take part in the conversation, you are able to build upon your own credibility as a speaker, and address the concerns they bring to the table. Invite them to leave comments on your articles or posts, to reach out to your organization directly, or even to take personal actions that lead to conversations with others.

Leave the Argument Culture Behind

There is no time to pick fights about the climate’s current state. There will never be another tomorrow. Each day that passes the consequences we are facing due to climate change only worsen. The days are getting warmer (literally), extreme weather occurrences are becoming regular, and forests are disappearing rapidly.

First, in order to leave the argument unhad, find a place where you can have a depolarized discussion, don’t look for social hotspots or politically charged environments. When bridging into conversations about climate, you want to ensure you come across as a non-threatening advocate to your audience to convey a message not an argument.

Engaging in arguments will not be a productive means to discuss the climate crisis nor a peaceful way. Fight the urge to be on the defense during the conversation. Instead of looking for points to attack, practice listening as mentioned above.

“Frames serve to construct narratives which can guide action. They focus attention on certain features of the social and natural world and hence away from others; without such filters, the amount of information to be considered would be too large for any individual or organization to manage.”

Many different strategies can be used when framing the climate crisis to ensure it stands out. To start, one of the most important things to do when framing climate messages is to frame it in a way that stresses a group challenge, not an individual challenge. If your audience hears the message but feels that it’s too large of a task for them alone to handle, the message will have lost its purpose. In contrast, if the message includes a group call to action, it will leave the audience feeling supported and ready to take action.

Considering that word choice can be the difference of someone listening to your conversation or reading the article beneath the headline, it is easy to see how imperative it is to choose words wisely. Saying goodbye to jargon is key. People want to read about climate change in a way that they understand, in words that make sense to them. Technical terms can create the opposite feeling, one of confusion and defeat. Simplifying the language behind the science is left up to the communicators not the scientists, so make each word count.

Use Imagery that Compliments the Message

Crafting the right message that does everything mentioned above is important, but another critical component of climate communication is using the right visuals to help convey your message. Not only does imagery help create a personal connection, it insights public awareness to a higher degree than a message standing alone.

An example of this is how polar bears have become an icon for climate change through National Geographic. When people see the videos or images of the skinny, ill body of a polar bear struggling to find food or heart-wrenching scenes of them floating on a single standing patch of ice, their heart connects to the issue.

Similarly, social media is an excellent tool to further written messages, connecting them to photographs, vidoes, and even livestreams. It allows the audience to see the message instead of read it, which some may prefer. This strategy also ties back to the importance of creating conversations, as you can encourage others to interact with posts.

Talking about climate change is not easy, but necessary. The moment we stop trying is the moment we give up and accept the inevitable destruction of our planet. Using the simple list of tips above, we can all begin opening these challenging conversations and make an impact.