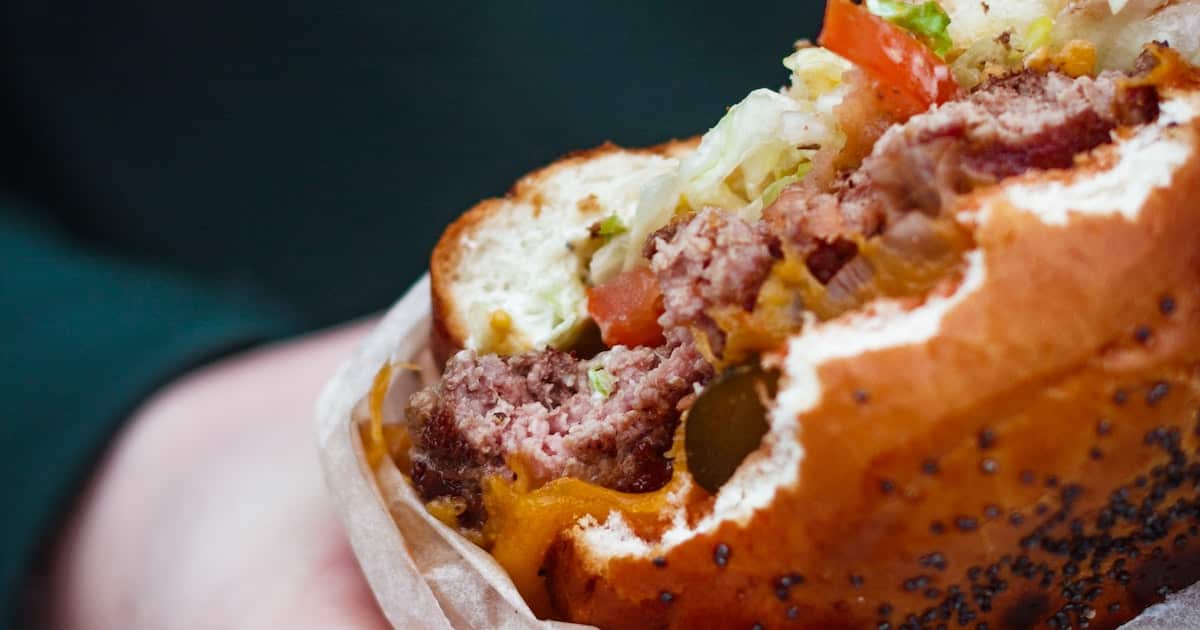 Endangered Elk Starve While the National Park Service Stands By

Biting into a burger has a bigger impact than you may realize. Not only does an animal suffer for months or years for your few moments of culinary enjoyment, but choosing to consume meat places your own health, the public’s health, and the environment at risk. Eating meat increases consumers’ risk of illness and even death, contributes to antibiotic resistance that makes illnesses harder to treat, and pollutes the oceans with waste and runoff.

What Are the Problems With Meat Consumption?

Over 66 billion chickens, 300 million cows, and 1.5 billion pigs are slaughtered for consumption globally each year. These animals endure a life characterized by overcrowding, artificial lighting, a lack of access to the outdoors, and the destruction of family units. Their lives are cut short, with pigs being slaughtered at about six months of age instead of living out their natural lifespan of 10 to 15 years. These animals are not the only ones that suffer because of the global demand for their flesh. Meat consumption also has serious implications for the health of individual consumers, affected populations, and the environment.

Effects of Meat Consumption on the Environment

The production of meat drives the destruction of the environment in a variety of ways, including through its heavy demand for non-renewable energy, the vast amounts of feces produced, and the deforestation caused by grazing for cattle.

The production of meat requires the use of considerable amounts of energy in the raising of the animals, their transportation, and slaughter. A 100-watt lightbulb could be powered for twenty days with the energy needed to produce 2.2 pounds of beef.

Livestock are fed many of the same foods that humans consume, such as corn and soy. In the United States, 90 million acres are planted to corn, primarily in the Midwestern states. The majority of the corn grown on this land goes toward livestock feed. The amount of food being produced to feed livestock is so great that if redirected it could end world hunger. It has been estimated that it would take 40 million tons of food to eliminate the worst cases of world hunger, while 760 million tons of food are fed to livestock every year.

One-third of the land suitable for growing crops worldwide is used to grow feed for livestock. Experts have estimated that if everyone went vegan, global agricultural land use could be reduced by as much as 75 percent. Perhaps the worst offender when it comes to land use is beef, which requires 28 times more land than either pork or poultry. The techniques of industrial farming that are used to grow such large amounts of food destroy land and degrade soil. Once one area is degraded more land is cleared and more natural habitats destroyed.

The production of meat contributes heavily to the many dead zones across the world’s seas. The fertilizer used to grow feed for livestock travels through waterways and ends up entering the oceans. The excess nitrogen and phosphorus feed algal blooms that vastly reduce the amount of oxygen in the water as they decompose, creating a dead zone. The largest known dead zone is the size of New Jersey and is located in the Gulf of Mexico. These dead zones are unable to support sea life, causing long-lasting impacts and meaning that any organisms that are not able to evacuate the sea floor, such as coral, suffocate and die.

Just one concentrated animal feeding operation (CAFO), can produce as much raw sewage as the city of Philadelphia. This manure emits ammonia, methane, CO2, and other pollutants. The United Nations has estimated that the meat sector produces as much as 18 percent of all global greenhouse gas emissions.

A water footprint is the amount of freshwater that a process or item uses. The water footprint for meat products is much higher than for vegetables, beans, and other plant-based items. A single pound of beef requires on average 1,800 gallons of water to produce. A pound of turkey requires about 520 gallons of water to produce. Much of the food produced in the U.S. comes from California and is grown on land which is a natural desert. Growing food in this climate creates a strain on freshwater resources not only within the state but across the entire Southwestern U.S.

The production of meat is detrimental to wildlife because of the damage that it does to the habitats of wild species, and this damage also encroaches on public lands. In the U.S., the government allows for the grazing of cattle being raised for beef on public lands. This arrangement encourages states to participate in the mass slaughter of native predators such as wolves, and the cattle also compete with native species such as bison and deer for food.

Estimates from 2020 suggest that the global animal agriculture industry is responsible for as much as 37 percent of the emissions causing climate change. Greenhouse gases are emitted at every step of the production process, from the industrial growth of corn and other grains to feed livestock, to the raising of the livestock and their slaughter. A single cow produces about 220 pounds of methane per year by burps alone. This methane, while more short-lived than carbon dioxide, is 28 times more potent at warming the earth’s atmosphere. Instead of reducing the number of cattle raised and energy wasted, the industry looks to alternative solutions such as a mask-like device that cattle wear to absorb the methane emitted.

Effects of Meat Consumption on Your Health

A number of negative personal health impacts can follow from eating a traditional Western, meat-heavy diet.

Meats such as chicken and beef naturally contain leucine, which is an amino acid that stimulates the skin’s oil production, making acne breakouts worse and more frequent.

There is some evidence that suggests eating a plant-based diet can reduce your risk of Alzheimer’s Disease. Research has further demonstrated that there are ties between eating a plant-based, vegan diet and better cognitive performance. One such study with over 3,000 participants found that those who adhered to a plant-based diet performed better on a series of cognitive tests than those who ate an omnivorous diet. However, the link between meat consumption and a heightened risk of developing Alzheimer’s is still being explored. Recent studies show that eating a Western diet, notoriously high in red and processed meats, can diminish brain function and increase your risk of developing Alzheimer’s, although more research is required.

Consuming large amounts of red and processed meat has been associated with an increased risk of some types of cancer, including those occurring in the lungs and esophagus.

A number of studies have suggested that meat consumption increases the risk of Type 2 diabetes. Similar results have been found in both men and women.

Evidence suggests that decreasing the consumption of foods containing cholesterol and certain fats that are found in meat can help to prevent or reverse erectile dysfunction. In the documentary “The Game Changers” a smaller experiment was done with three athletes. All three ate a meat burrito one day and a vegan burrito the next. Each of the athletes had longer erections on the night following the vegan burrito than on the night they ate a meat burrito.

People who consume high quantities of meat are at a greater risk of obesity. This is due to the high energy and fat content in meat products.

In addition to increasing the risk of obesity, high cholesterol, erectile dysfunction, and a myriad of other health conditions, consuming meat has also been associated with decreasing lifespan. A review of six studies found that in four of them eating meat less than once a week was associated with a decrease in the risk of death. Two of the four studies found that the longer a low meat diet was followed, the greater the decrease in mortality risk. The reduction lasted up until participants reached their ninth decade, or 90 years old.

The likelihood of having a stroke increases with the consumption of more than 50 grams of total red meat a day, whether the meat is processed or fresh. This was especially true for ischemic stroke, which is caused by a loss of blood flow to the brain.

The recent COVID-19 pandemic serves as an example of the viral danger of meat consumption. Though the origin of the spread from animals to people is unclear, it has been suggested that the illegal wildlife trade in China is at least partially to blame. This illegal and, at the time, largely unregulated market thrived on the capture of wild animals that were sold for food. In 2020 the Chinese government took action to curb the trade in order to protect public health.

With alternatives to meat constantly improving and becoming ever more accessible, including cell-based options and plant-based alternatives, the magnitude of the negative effects of meat consumption cannot be ignored. Alternatives are able to provide a very similar culinary experience to meat while avoiding the dangerous and even deadly effects on consumer health, public health, and the environment.

In Veg-Friendly India, Meat Consumption Is on the Rise