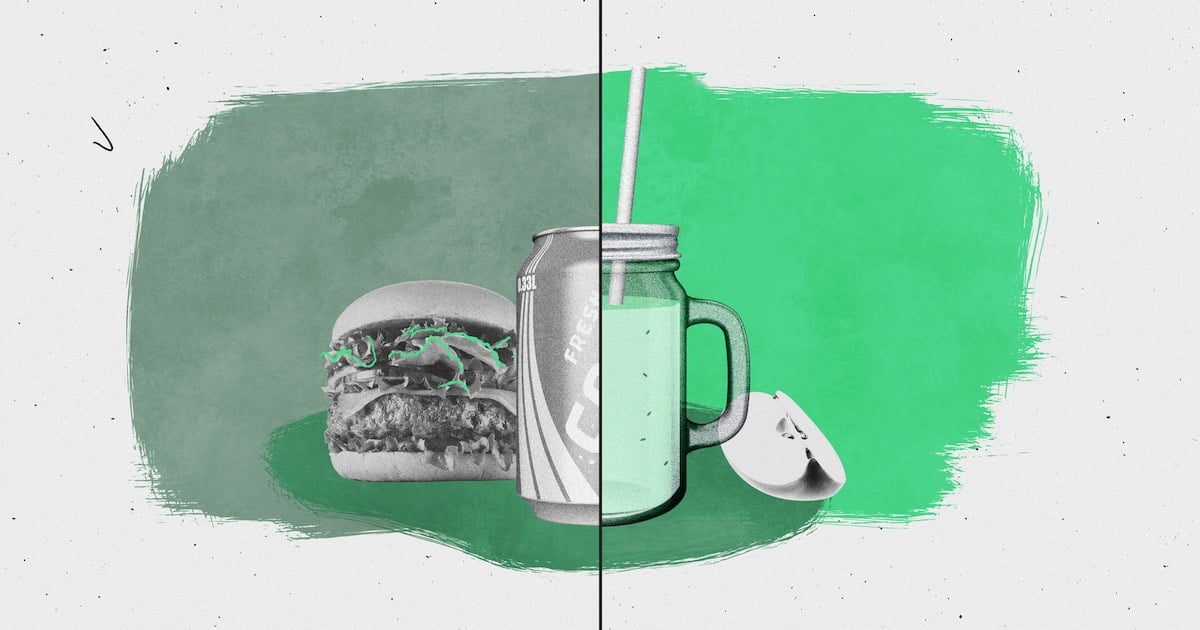 The rise of veganism in recent years has been matched by an increase in documentaries that highlight the various reasons why we should stop eating animals. Almost simultaneously, meat has become a central tenet of today’s climate culture wars, meaning conversations surrounding animal products are eliciting increasingly heated reactions.

Meat Me Halfway, the new documentary from Reducetarian Productions, looks to diffuse the situation. By attempting to find common ground between vegans and meat-eaters, the documentary lays the groundwork for a better food system, though it is the pursuit of neutrality that causes the film to falter on a few occasions.

Like other documentaries focusing on meat consumption, Meat Me Halfway isn’t afraid to shy away from the necessary conclusion: animal agriculture is one of the most destructive industries on the planet. But it also admits that a total overhaul to veganism is unlikely in the short term. Meat Me Halfway’s solution is to advocate for a more palatable message: less meat consumption, rather than no change at all.

In the words of Brian Kateman—whose journey to understand why it’s so difficult to abolish factory farming serves as the centerpiece for the film—“it’s better to have the average person cut back on their meat consumption by a small percentage, rather than getting a small number of highly committed people to go vegan or vegetarian.”

The sustainability issues associated with animal agriculture are discussed at length, as are topics like antibiotic resistance. Although the film makes a pretty solid case against excessive meat consumption from an environmental perspective, there’s one major downside: the focus on carbon emissions. It is biodiversity loss, land use, and pollution where factory farming has the largest negative impact. Big Meat is to the biodiversity crisis what Big Oil is to global warming, and this is a vital point that can bring meat to the center of the conversation, rather than being a behavior on the periphery of our carbon footprint.

Where the film stands out, in particular, is in its ability to air opposing views. This is successful only due to Kateman’s ability to listen without judgment, as demonstrated by the interactions with his parents. While his father questions the validity of the climate crisis, his mother recoils at the thought of trying guacamole, signifying that both green lifestyles and green foods are an obvious no-go for the Katemans. Instead of flipping the table over in a rage and leaving a green stain on the patio door, Kateman patiently tries to understand where they’re coming from. This is a unique approach that I’ve yet to see in a similar documentary.

But it is the pursuit of an unbiased middle ground that causes the movie to stumble somewhat in the later stages. After an emotional scene in which tears stream down Kateman’s face as he watches trucks full of squealing pigs being driven across the threshold into a slaughterhouse, he laments over the pictures of happy pigs that are painted on the side of the building. Minutes later, the film presents regenerative farming as a ‘better’ source of meat.

Ethical arguments aside, the film fails to highlight any of the drawbacks associated with this kind of farming. The peer-reviewed science that Will Harris III of White Oaks Pastures mentions even says that regenerative farming requires 2.5 times more land than factory farming. By including regenerative farming, and suggesting that this is a reasonable solution that could allow us all to continue consuming turkeys at Thanksgiving, the movie falters on one of its core messages: that we need to reduce meat consumption for environmental reasons. Thankfully, a thorough investigation of alternative proteins shows that the film is willing to explore other solutions outside of animal farming, which saves things in the final moments.

As Meat Me Halfway touches on a broad range of views, subjects, and ideas, there is something here for everyone on the vegan to meat-eater spectrum. Where other documentaries have been swarmed in controversy, Meat Me Halfway is as close to balanced as I’ve ever seen, and in my eyes could never be accused of taking one side. The film does falter in its message on occasion, but it always ends up back on track, and overall it brings something new to the table. As someone who is firmly on the vegan side of the argument, however, I can understand that it was never supposed to appeal to me in every possible way. If it did, then the film would have likely failed in its premise.