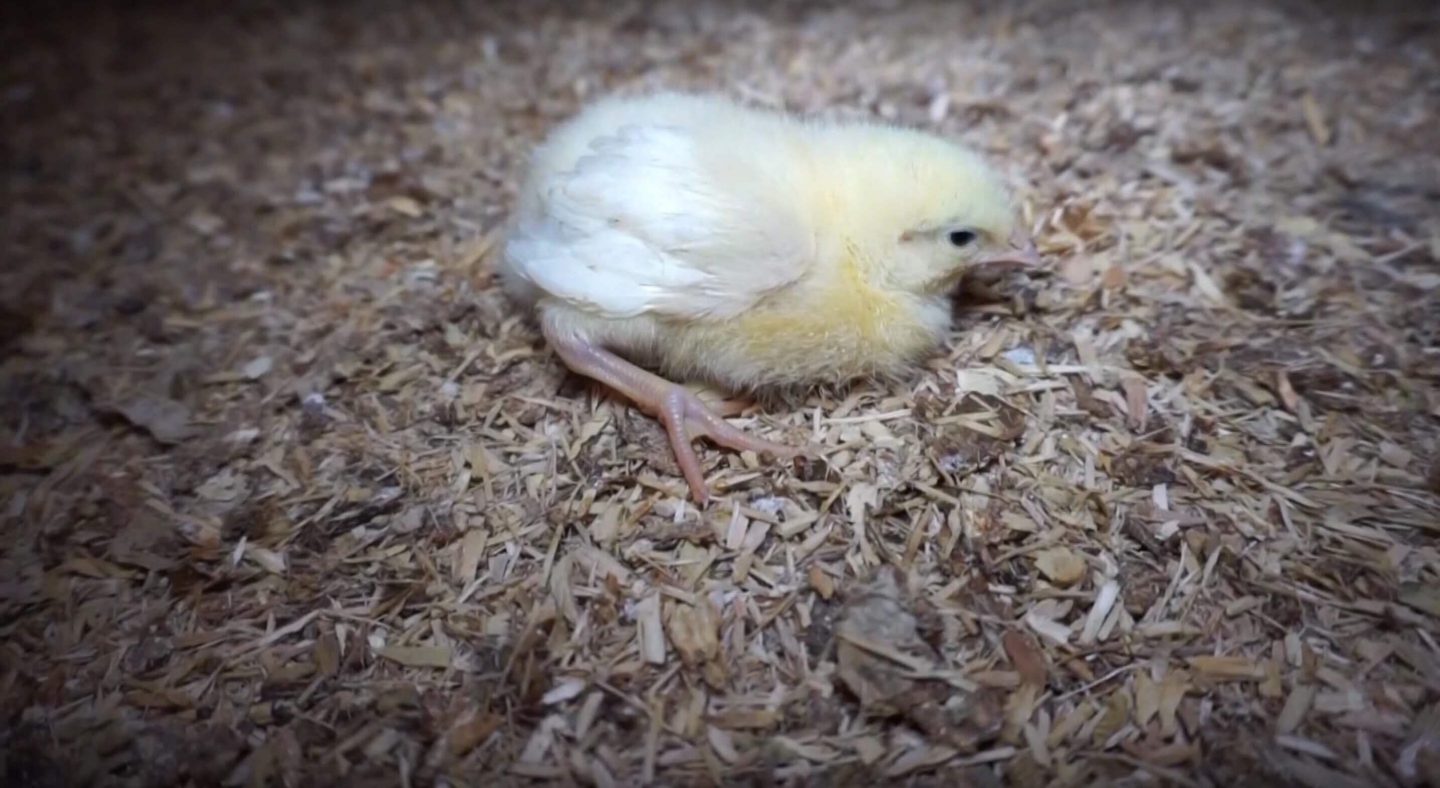 This video is disturbing and so is the lack of commitment to better chicken welfare by the fast food industry and its suppliers.

Feed additives like ionophores cause modern broiler chickens to grow at rates three times faster than their natural counterparts. At only seven days old, baby chicks are already struggling to survive. Just a couple of weeks later, their unnaturally accelerated growth rate begins to take its toll. Their joints and hearts struggle to keep up with their artificially inflated bodies.

Since the advent of the industrial food system and the accelerated growth cycles that came with it, chickens have become the most killed land animal on earth.

Every year, more than 60 billion chickens live and die on factory farms around the world. They spend their lives crowded into industrial feeding operations where they barely have enough room to flap their wings. Many suffocate and die due to overcrowding. Then over the course of just 40 days, they reach full size. This unnaturally fast growth cycle and lack of mobility take a toll on their bodies. Many develop lameness and are in constant pain.

After the birds’ accelerated 40-day growing period—which causes extreme amounts of constant stress on their bodies—they are sent to slaughter. Factory farmed chickens live their lives brutally confined, without access to sunlight, for less than six weeks before they are killed, sent to be processed, and sold by the world’s largest fast food companies.

Let’s make one thing perfectly clear. Companies like Burger King and Domino’s do have animal welfare policies. The problem is that most food companies communicate their animal welfare policy and leave it at that. They rarely, if ever, report their results.

It’s strikingly obvious. The cruelty is hiding in plain sight.