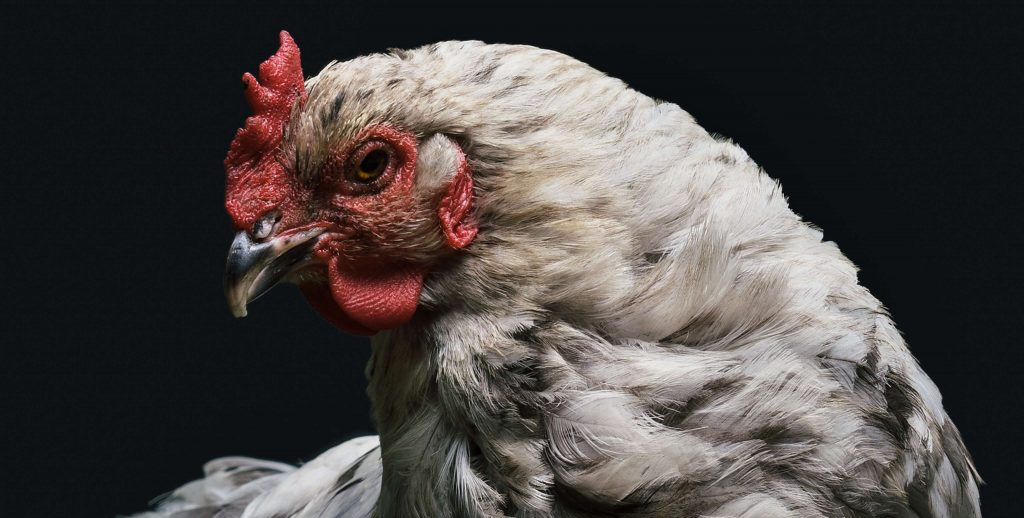 Vegan Weight Loss: Why Veganism Goes Beyond Just Your Diet

Don’t get me wrong: 2018 was a big year for animals. Animal advocates will have even more opportunities to support animal friendly businesses, politicians, and political activists in 2019. We hope you’re as excited as we are.

Over the past year, animal advocates ate more plant-based products, passed more animal friendly legislation, and began to imagine what a world without animal farming will look like. But there’s still work to do. Here’s a short list of what’s in store for animal advocates this year.

1. The rise of clean meat

In the past year, clean meat has come a long way. Three companies—Memphis Meats, Future Meat Technologies, and Mosa Meat—combined for just over $10 million of new funding in 2018. (Not including the minority share that Tyson Ventures purchased in Memphis Meats early last year for an undisclosed amount.)

A report from Markets and Markets expects the global clean meat market will be worth $15 million by 2021.

Venture capital, responsible for the majority of new investment in clean meat this past year, is the proving ground for clean meat manufacturers. Clean meat makers still must prove that they can make their product affordable. They’ve come a long way since the first lab-grown burger, which cost $330,000 to produce. But there’s still a long way to go.

JUST Meat is leading the way towards affordable clean meat. According to Bloomberg, the company is edging closer to retail sale. JUST is forecasted to produce 1.2 trillion pounds of clean meat and seafood by 2050.

For the record, the average American eats about 222.2 pounds of meat every year. That number will rise in the coming years. In developing countries like Brazil, the per capita meat consumption quadrupled over the past four years.

JUST’s clean meat is poised to make a run as historic as that of plant-based milk a decade ago. The company believes it can produce meat and seafood that is over 10x more efficient than the world’s highest volume slaughterhouse—a 1,000,000-square-foot facility in Tar Heel, NC.

The future of meat is clean. But what this means for producers and consumers will take some time to play out. The earliest you’ll see any clean meat on shelves is 2021. 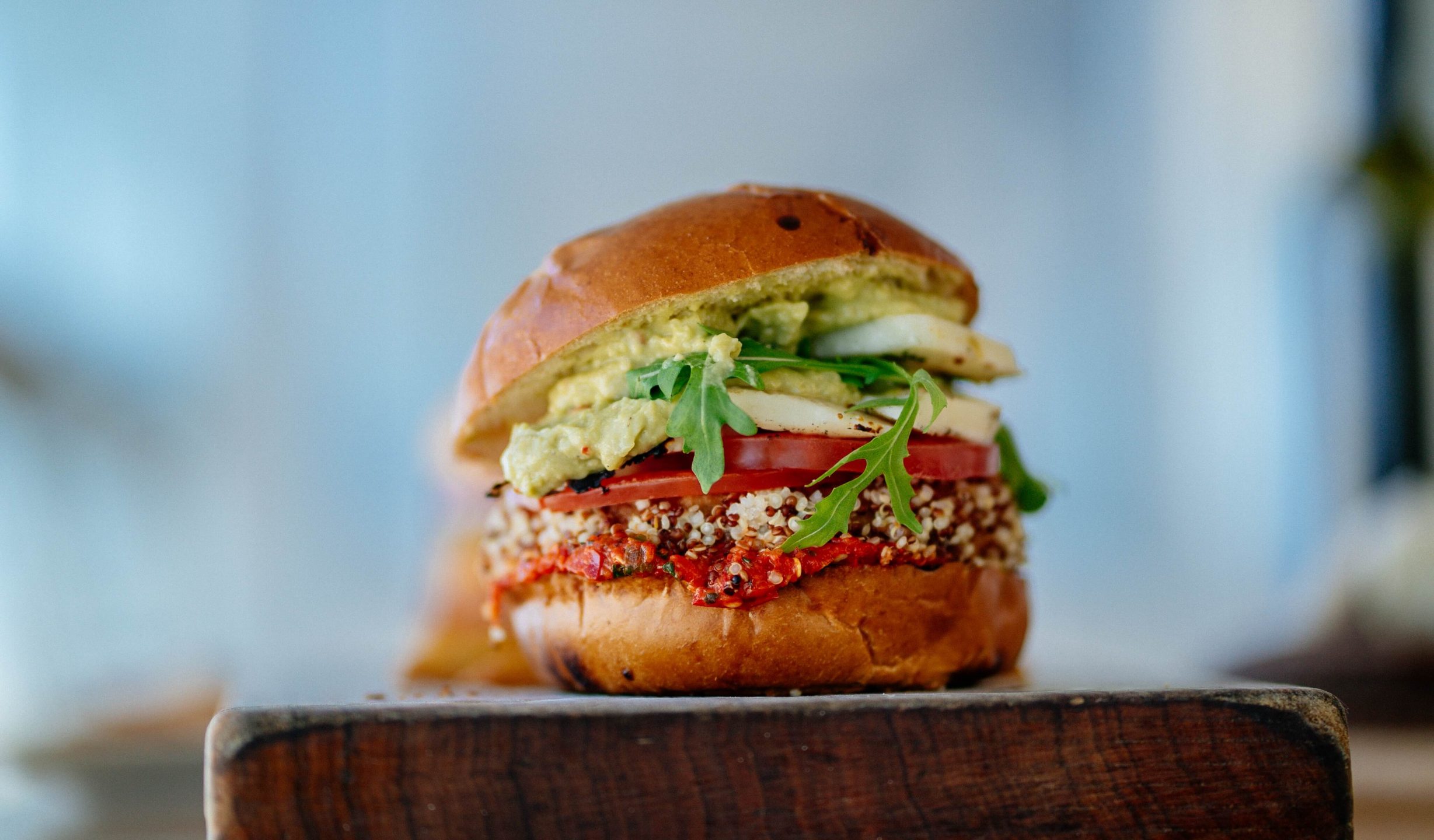 Simpler is better. There are more plant-based foods–without animal products, antibiotics, or cruelty—on the market now than ever, and people are buying them.

More often than not, people choose what to eat based on what tastes good to them. If the best way to change diets really is taste, then there are not just more plant-based options on the market than ever. They taste better, too.

According to the world’s first and longest-running consumer index focussed on food service, Foodable Labs, plant-based food consumption is up 300%.

JUST’s animal-free egg substitute hit meat and dairy aisles at grocery stores across the country, outselling the chicken eggs they were stocked right next to in the first week on shelves in 2018.

Meat is still the primary source of protein for most Americans, but plant-based food companies are making it easier for everyone to try something new—and it’s working. At one fast food chain, sales for the meat-less burger are outpacing the grass-fed option by a whopping 40%. The plant-based Impossible Burger is currently available at over 3,000 locations nationwide.

Online, the plant-based shopping industry is now worth $30 billion in the U.S. alone. New online marketplace Billions Vegan launched in 2018 set out to tap what they’re calling the “blue ocean” of nearly 20 million vegan Americans.

You should! Plant-based foods are better for your health, animals, the environment, and now, Billion Vegans will deliver 100% food to your front door. 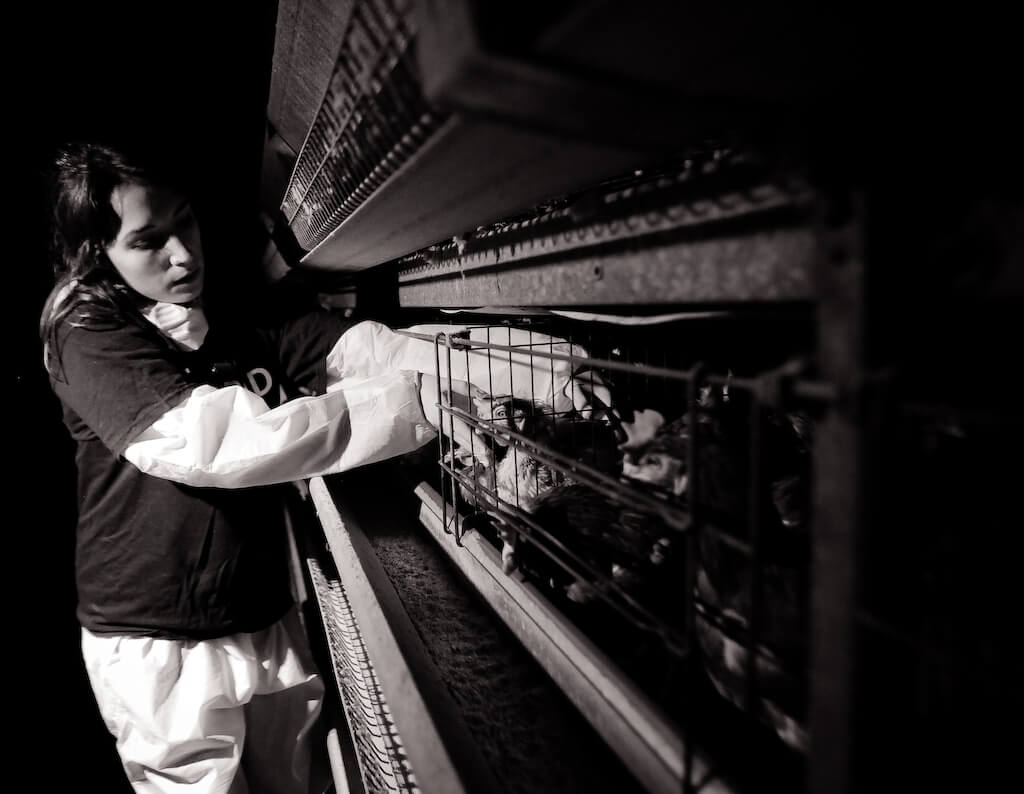 The end of animal farming is closer than you think. According to a new release from Jacy Reese, The End of Animal Farming: How Scientists, Entrepreneurs, and Activists Are Building an Animal-Free Food System, humanity’s moral circle is expanding to include farm animals.

Animal advocates walk on the shoulders of giants Peter Singer and Tom Regan towards a world with an animal-free food system. Reese shows us that humans can live in practical, peaceful coexistence with animals—while not harming a single one.

This book is truly a must-read for animal advocates in 2019.

The End of Animal Farming was not the only battle cry from the farm animal rights movement last year. Animal rights activist network Direct Action Everywhere stayed busy, rescuing 100 turkeys from one of the largest farms in the country. What else has DxE been up to?

Then at the end of the year, 1,200 animal rights activists gathered in Salt Lake City, UT for the Animal Liberation Western Convergence.

In the face of so much violence towards animals, activists responded with love. Their whole-hearted commitment to nonviolent action is a message older than the animal rights movement itself—and powerful all the same.

Animal advocates should run into 2019 loud and proud of all that they accomplished this past year. ICYMI they passed the strongest animal protection legislation in the world and an animal friendly Farm Bill. 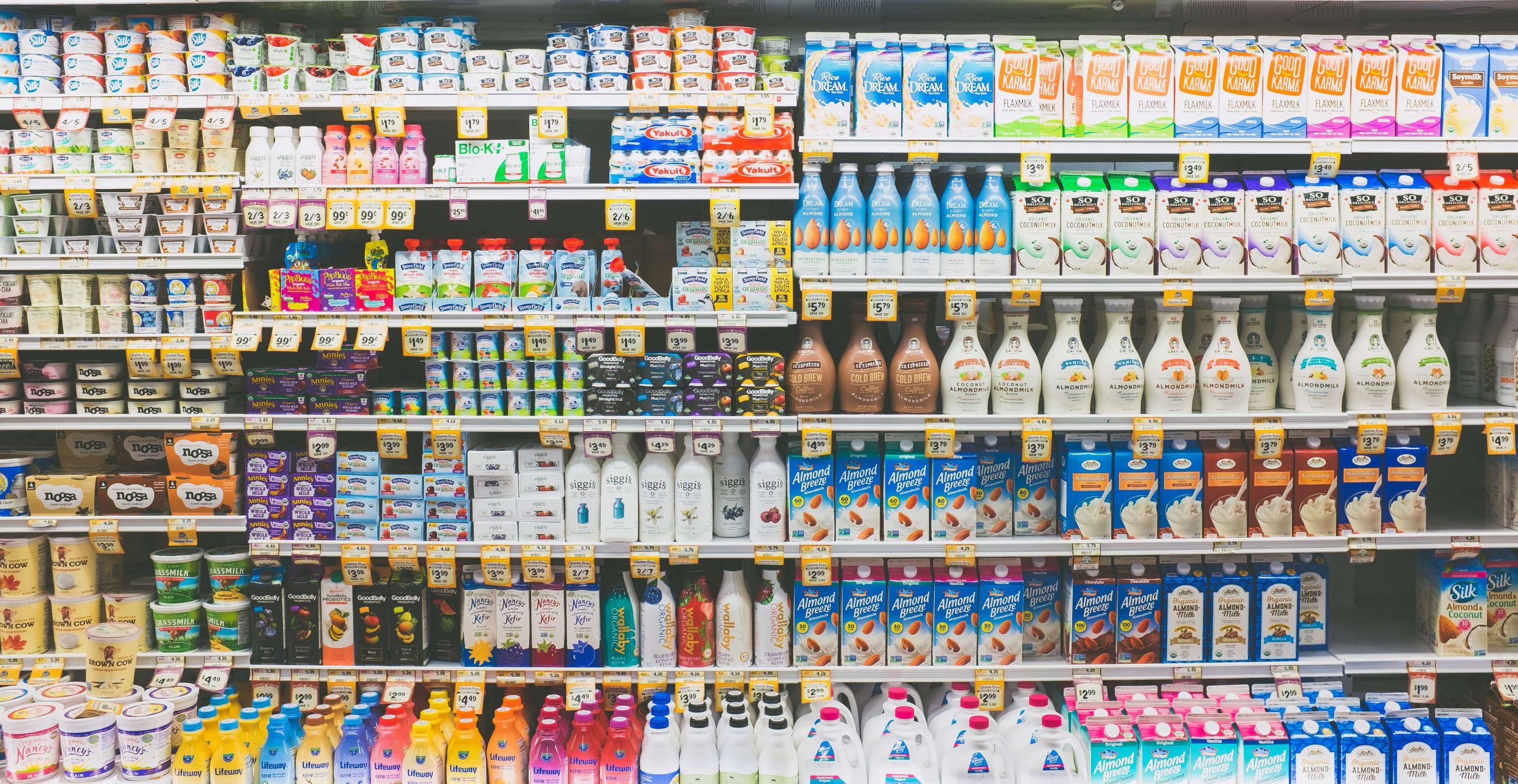 The fight for better food labeling continues in 2019. All the progress plant-based food companies made in the last year seems to have created more work for themselves on the other side of the aisle.

As the director of the AWI’s Farm Animal Program Dena Jones puts it, “The USDA’s current policy surrounding the approval of animal raising claims on meat and poultry packages utterly fails consumers.”

The fight will play out in court. In mid-November, the AWI sued the USDA over the legitimacy of animal welfare claims on food products like Animal Compassionate, Animal Friendly, and Humanely Raised. But at the end of the day, no meat that requires slaughter is humane. And so, the fight continues.

Alternative dairy producers are up against a show of force from the Southern Dairy Compact and its definition of milk. According to FDA Commissioner Scott Gottlieb, milk must come from an animal that lactates. If adopted by the Southern Dairy Compact, this narrow definition would require plant-based milk producers to rebrand their non-dairy milk products for 12 southern states.

State governments are largely responding to the plant-based milk. Since 2012, non-dairy milk sales have grown by 61%. That compares to a 15% decrease in sales for dairy milk in the same time.

Food politics are in a bad place. But it’s far worse to give up now. The fight will continue in 2019 with renewed vigor and hope that we can all work towards a better world for animals. 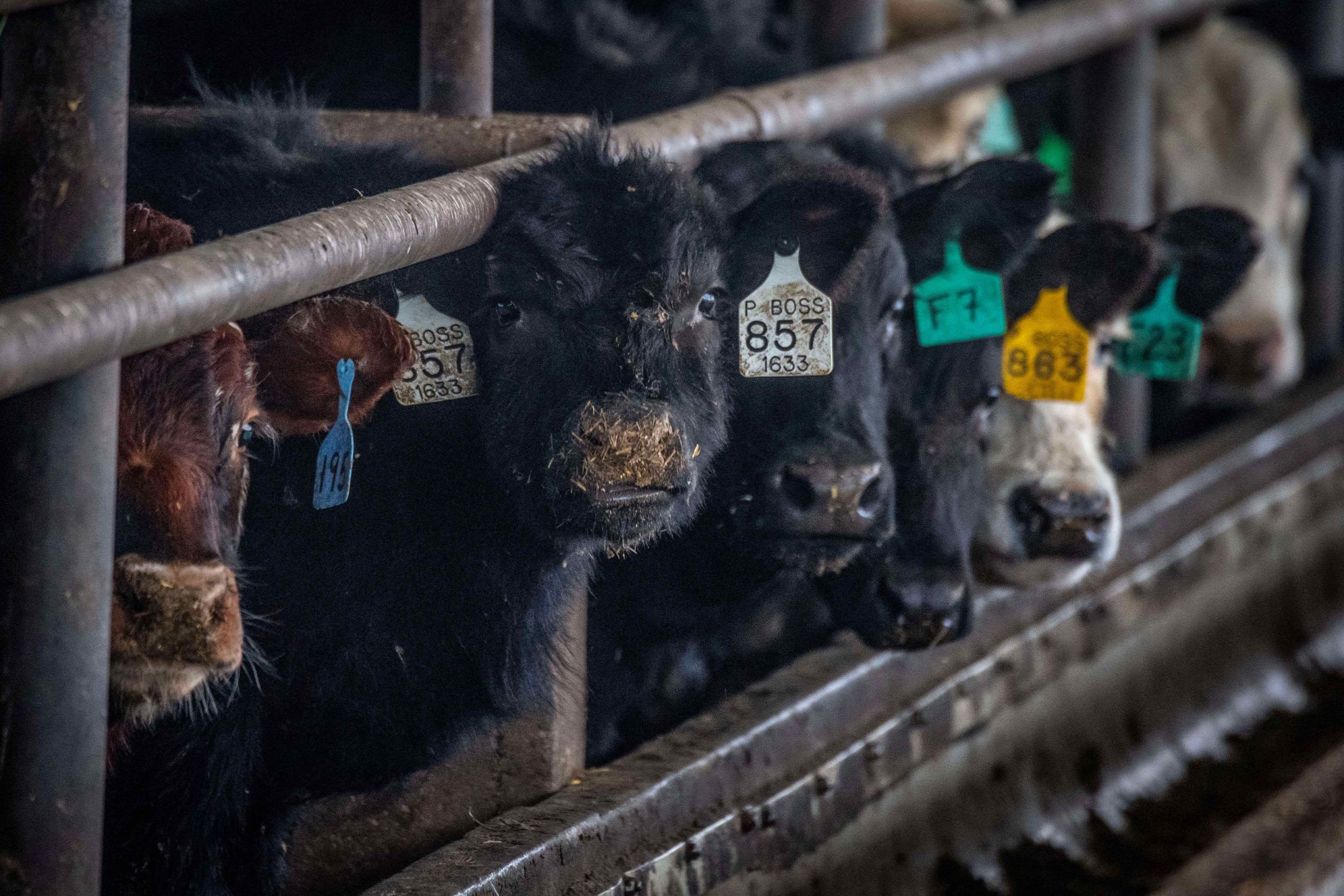 The 2050 diet needs to include a lot more plants and a lot fewer animal products. Consumers are already adjusting their diets, but somehow, this year’s climate conference missed the message.

There was meat on the menu for all 30,000 attendees of the United Nations Framework Convention on Climate Change, and that should scare you.

Policymakers like the ones being served meat at the climate conference need to act for the climate now. They can do it by including the shift from animal to plant protein in climate mitigation policy. And they need to do it before it’s too late.

The consequences will be catastrophic. If we have any hope at keeping the global temperature within 2°C of pre-industrial levels (which we don’t), then the global appetite for meat needs to change now.

But climate mitigation is not all doom and gloom. Eating less meat is the key to mitigating climate change, and it’s something we can all achieve in our everyday lives. Every human on the planet wants a more equitable, resilient, and climate-friendly food system in 2019 and beyond.

In every conscientious consumer out there, there is a willingness to make trade-offs–to take a stand–and for most people, that’s as easy as choosing not to eat meat. Many are already on their way.