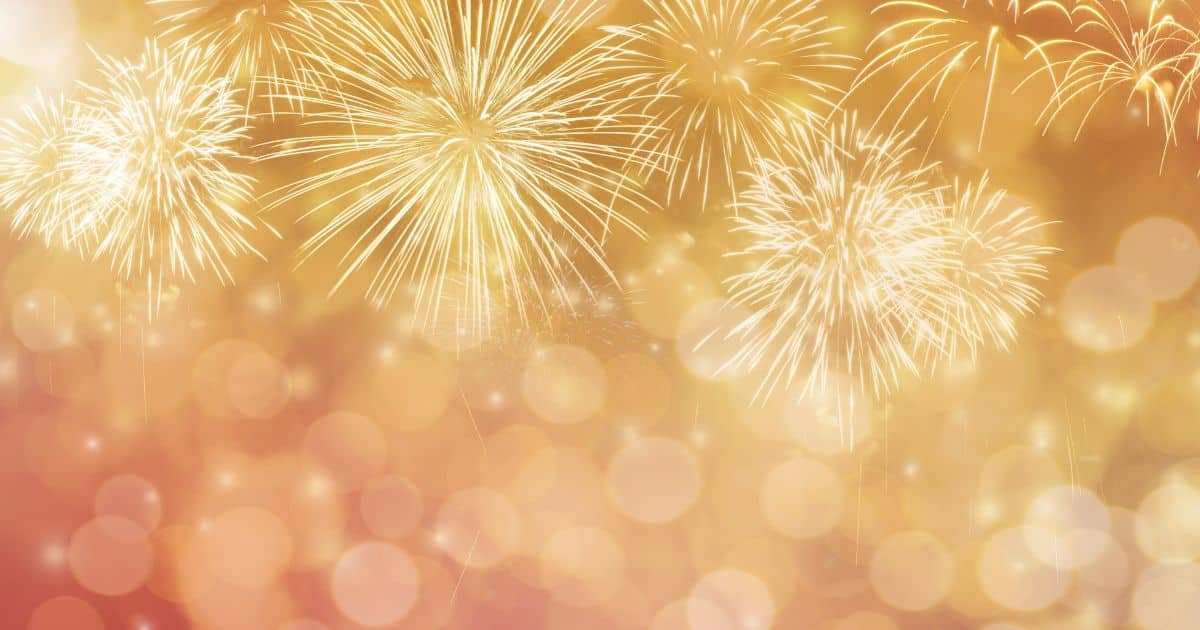 Each month this year, we’ve been tracking how the world reported on animals, climate and agriculture. Catch up on the year in headlines with our Supercut of The Month in a Minute series:

2022 has been full of contradictions. The agriculture industry has surpassed itself in greenwashing, bluewashing and misinformation campaigns.

We saw the worst bird flu outbreak in the history of the U.S., which devastated both farmed and wild bird populations across the globe. At the same time, we witnessed the ongoing meteoric rise of the poultry industry. According to U.S. government data, the industry’s growth rate is 3 times that of pork and 10 times that of beef with global chicken consumption set to account for 41 percent of all meat-eating by 2030. Time to take off the blinkers.

At COP27, we saw major food firms agree to eliminate deforestation by 2025. Meanwhile JBS admitted to buying almost 9,000 cattle from one of Brazil’s biggest deforesters.

At COP15, we saw nations meet to negotiate a new agreement to address the staggering declines in biodiversity. Meanwhile China relaxed its restrictions and saw the return of wildlife farming threatening  biodiversity. The New York Times and The Guardian shared their visual breakdowns of wildlife and habitat disappearance and the biodiversity crisis and a report from BirdLife International revealed that populations of 49 percent of avian species are decreasing, up from 40 percent in 2018.

We saw the threat of antibiotic resistance reach new highs and yet we didn’t curb our use of antibiotics in farmed animals. In China, we saw the first multistory factory farm for pigs which critics say will increase the risk of larger animal disease outbreaks and we saw more proposals and more factory farms open, even as some local populations fight back despite efforts to silence them.

In 2023, we’re predicting agriculture industries will lean into the power of contradictions to maintain their market share by hyping flawed tech solutions, greenwashing with regenerative agriculture and of course maintaining a steady flow of dollars to their cheerleaders.

A few publications to watch in 2023 that did a good job reporting on these issues in 2022: Vox, Grist, Reuters, The New York Times and The Guardian.

January was an active month in the media for animal protection with a lot of mainstream coverage including TIME’s report on China’s 5-year plan for food security. For the first time, China included cultivated meats and plant-based products as part of its blueprint. However, bird flu continued to spread across Asia and Europe resulting in massive culls and human infection while new research emerged that suggested that people still largely fail to recognize animal agriculture’s link to infectious diseases.

February was a good month for mainstream media exposure as The New York Times ran scathing pieces on animal agriculture’s role in the climate crisis and industrial chicken farms, though somewhat disappointed with a third video suggesting the solution to these issues was insect farming. In the U.K., the BBC broadcast an unflinching look at dairy farms that led many viewers to ditch dairy.

However, industry news revealed Tyson Foods benefited from inflated meat prices and boosted record profits. The same Tyson Foods who we learnt are using land ‘twice the size of New Jersey’ for animal feed, and whose farm in Kentucky was just found to have lethal bird flu.

The UN Environment Assembly adopted a historic resolution that acknowledges good animal welfare benefits our health and our environment.

Bird flu continued to rage through the U.S., there were calls for a ban on cruel culling methods, which include using firefighting foam to suffocate animals as well as ventilation shutdown, in which animals are killed with extremely high heat and steam.

This month, the FDA has approved meat from cattle that’s been genetically modified to have shorter hair because they do better in warmer climates and the U.S. beef industry emerged “relatively unscathed” from Biden’s climate pledges.

May saw an uptick in news around animals, agriculture, and the environment with a few standout pieces we celebrated.

The story of the month went to Henry Mance for this unlikely story exploring the secret life of pigs that made the front cover of the Financial Times magazine: “Smart, co-operative, emotional: what cutting-edge science tells us about pigs.”

Runner up went to George Monbiot and his scathing piece, “The banks collapsed in 2008 – and our food system is about to do the same,” marking the launch of his book, Regenesis: Feeding the World Without Devouring the Planet.

Cows were another hot topic this month. Scientists discovered they can now see their burbs as visible emissions from space. Plus, more reports emerged pointing the finger squarely at our bovine friends for their outsized role in the climate crisis. Meanwhile, the beef and dairy industry pushed back citing “cancel culture” and coming up with inventive ways to mitigate their continued losses.

In June, global meat consumption was on the rise, heatwaves devastated cattle in Kansas, and Maasai communities in Tanzania were displaced to make room for a hunting game reserve.

Chickens were a hot topic this month. As increased inflation rates hit beef and pork, the low production costs involved in rearing chickens have caused poultry industry profits to soar. Earlier this month, Bloomberg reported that chicken is on track to overtake beef and pork as the “world’s no. 1 protein source.”

According to U.S. government data, the poultry industry’s growth rate is three times that of pork and 10 times that of beef with global chicken consumption set to account for 41 percent of all meat-eating by 2030. Meanwhile, a chicken farm in Thailand is using marijuana instead of antibiotics, meaning they can charge consumers more for the so-called “organic” chicken.

July saw Dutch farmers take to the streets in protest against their government’s policy to reduce livestock emissions, the Pope urged young people to eat less meat and the link between cured meats and cancer was officially confirmed by French authorities.

While in June, chickens were the hot topic, it appears that July was the month of the pig. In France, charcuterie’s link to colon cancer was confirmed, dealing a massive blow to the cured meats industry. In the UK, MPs and scientists called for a ban on nitrates in bacon due to the increased risk of bowel, breast and prostate cancers. Scientists were also busy this month experimenting with methods to convert pig manure into a high protein farmed animal-feed ingredient.

This August, we saw a focus on the growing weight of scientific evidence that plant-based diets are better for the planet and our health. Yet another study surfaced, contributing to the growing body of evidence that plant-based foods, even the processed ones, are better for the planet than meat. Researchers also confirmed links between red meat to gut microbiome and cardiovascular disease in older adults.

September saw meat giant JBS payout $20 million for a pork price-fixing settlement, after conspiring with other meat companies to inflate the price of pork. A new report from Nature updated their estimate of how much floating plastic in the Great Pacific Garbage Patch comes from fishing activity, which they now put at 75 to 85 percent. Meanwhile beloved North Atlantic Right Whale “Snow Cone” was sighted entangled in fishing gear and “there is no longer hope for her survival.” While Maine politicians complained after lobsters were placed on the ‘red’ list to save whales.

October saw a sobering report from the WWF showing an average decline of 69 percent across  wildlife populations since 1970, primarily driven by habitat destruction for agriculture. Meanwhile Australia joined the U.S. and E.U. in pledging to slash methane emissions 30% by 2030, although according to another report, the E.U. are already on track to break that pledge.

This month also saw activists acquitted in a trial for rescuing piglets from Smithfield Foods in 2017, the EPA was sued over the lack of a plan to regulate water pollution from factory farms and in New Zealand farmers may have to pay for greenhouse gas emissions in a world-first.

Big Ag flexed its muscles this November. COP27 caused controversy with double the amount of Big Ag delegates in attendance and a lack of critical analysis of animal agriculture, leading campaigners to pin fake apologies on the event’s food counters. Major food firms detailed plans to eliminate deforestation by 2025 while JBS admitted to buying almost 9,000 cattle from one of Brazil’s biggest deforesters.

An investigation by Unearthed, followed up by the New York Times, revealed that the CLEAR Center, an agricultural research group at U.C. Davis founded by scientist Frank Mitloehner, receives almost all its funding from ag industry donations and coordinates with a major livestock lobby group on messaging campaigns, which explains why Mitlohehner’s ‘communications are discordant from the scientific consensus’.

And in more hopeful news, Sen. Cory Booker unveiled his plan to stop taxpayer bailouts of Big Meat with a new bill to protect both human and nonhuman animals bound up in the food system.

This month, biodiversity took center stage as COP15 saw nations meeting to negotiate a new agreement to address the staggering declines in biodiversity. The New York Times and The Guardian shared their visual breakdowns of wildlife and habitat disappearance and the biodiversity crisis and a report from BirdLife International revealed that populations of 49% of avian species are decreasing, up from 40 percent in 2018. Meanwhile China began to relax its restrictions and saw the return of wildlife farming posing great threats to biodiversity and it’s official: the U.S. is experiencing its worst bird flu outbreak in history, devastating both farmed and wild populations of birds.

In more hopeful news, just ahead of COP15 the EU agreed on a new law preventing import of goods linked to deforestation. The European Parliament’s lead negotiator said “I hope that this innovative regulation will give impetus to the protection of forests around the globe and inspire other countries at the COP15.”